From ‘damsels in distress’ to action divas

“Bachaaaooo; Help; Mujhe chhor do!!!” and such similar helpless screams of the Bollywood heroines have now changed to curses like “Jhand fakir suar ki aulaad mar ja saale kamine, thank you.” From “Ek chutki sindoor ki kimat tum kya jano Ramesh babu” to “Ek ulte haath ki padegi na to tere plastic sergeon ko bhi surgery ki zaroorat padegi” – the Bollywood heroines have evolved to much bolder beings. And that is not just in terms of dialogues, but in action and appearance equally.
Even two decades ago, there were only a handful of female protagonists in Bollywood, but in the last 10 years, the frequency of women-centric films have increased giving humanity a hope of progress. Some of the mention worthy films would be The Hate Story series, Samay, No One Killed Jessica, Gulab gang, Queen, Mardani, Akira, English Vinglish, NH10, Pink, Mary Kom, Parched, Angry Indian Goddesses, Dangal to the very recent Naam Shabana. And they have also been some of the most impactful films over the box office. Even though there have quality films like Mother India (1957), Mirch Masala (1987), Arth (1982), Lajja(2001), Aandhi (1975) and Bandit Queen(1994) but the frequency of such superior matter has been very less as compared to the recent decade. 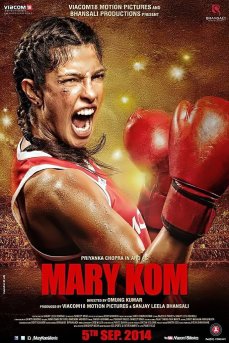 It’s time that girls start having some fun without men saving them from circumstances. Filmmakers are pushing the limits of the definition of a ‘bhartiya nari’ with her ‘komal surili awaz’ to being an ideal wife. Life is not about being and living as someone’s wife, it’s about creating one’s own identity. Bold women were portrayed differently earlier through characters which were mentally tough. Mental strength and perseverance is not a sole weapon to tackle the cruel world out there, that is where action steps in. Like all emotions, an existence of fear is necessary not just in the minds of women but also in their male counterparts.

Hollywood and the Chinese film industry can be considered inspirational in terms of introducing female actors in action with some outstanding hits like Kill Bill volume I and II, Charlie’s Angels, The girl with The Dragon tattoo, Salt, Lucy, Kick-Ass etc and several Chinese hits like Kung fu Hustle, Crouching Tiger Hidden Dragon (internationally co-produced), Chocolate among others. The internet as well has been a major contribution to this progress. Quick and worldwide access to information helped people in gaining inspiration from happenings around the globe.

Film viewing audience in India has a fair access to watching Hollywood and Chinese films other than Bollywood and Regional Cinema in the country. Chinese action heroines like Michelle Yeoh, Yuen Qiu, Connie Chan, Zhang Ziyi, JeeJa Yanin have done awesomely great in their films setting a good example for Southeast Asian countries, which are ‘considered to be’ not-so-favourable for women, where they are submissive, and do not have much participation in decision-making processes, as opposed to the West. Action heroines from Hollywood like Scarlett Johansson, Angelina Jolie, Kate Beckinsale, Uma Thurman, Carrie –Anne Moss, Rooney Mara, Cloe grace Moretz are widely known to us but how many actions heroines do we have in our film industry? Bollywood has released very few female action films and out of the numerous potentials only Tapsee Pannu, Sonakshi Sinha, Rani Mukherjee, and Priyanka Chopra have had opportunities to demonstrate hands-on action on screen.

Thankfully, some storytellers are taking up the responsibility to educate the mass about how a woman can remain a woman by not following the age-old mantras of remaining quiet and enduring violence through the big screens. Being bold is not just kicking asses and punching noses, (that’s a little part of it!) but also about knowing when to step up and say ‘NO’. Let’s hope that similar action films influence women in the country to take up martial arts and send a tough message across to bullies and potential molesters.

Tapsee Pannu’s performance in Baby, Pink and now in Naam Shabana, and Sonakshi Sinha’s Akira shows that there’s always an opportunity for females actors in B’town to try their hand at action and yet look dapper hot. You can ditch the low waist saris, and bikinis to pick up martial arts and make jaws drop and heads turn as you walk away from your injured victim. It is not so much about strength, but a power packed combination of techniques, determination, practice, and stamina, can definitely make one win the game – a crucial lesson to learn from the audio-visual media.

#throwbackpic ❤️
Queen vibes 💐
Luchi aloo dum 😇
Call of the wild...
Beautiful mist-clad roads in Munnar reminded me of Darjeeling...
Green is my new favourite colour...
When was the last time you admired the food kn front of you the way I am looking at this lovely icecream bowl?
Yummy things!
Vintage love ☺️
Oh the joy of stepping out after months!
How I miss those days, when traveling was just a ticket and a journey away... With this sweltering heat killing me slowly all I wish is to take dive in the Andaman sea and swim along with the pretty shoals of fish ❤️
Protein laddoos 😋
Loading Comments...
%d bloggers like this: