I feel blessed to have enjoyed a bite at most genres: Shalmali Kholgade

The lady who needs no introduction had taken the Bollywood music industry by storm coming up with brilliant songs ever since her first break Pareshaan from Ishaqzaade in 2012. Shalmali Kholgade has recently released her song Beech Beech Mein with Arijit Singh from Jab Harry Met Sejal. The playback singer, who considers Rihanna and Beyoncé as her fashion icons, and is known for her energetic numbers like Balam Pichkari and Baby Ko Bass Pasand Hai, has also sung in Bengali, Marathi, Tamil and Telugu.

My first ever stage appearance was in a black and white costume as Michael Jackson in kindergarten. It was a fancy dress competition and I looked nothing like Michael Jackson except for the part where I danced on Black Or White.

What’s the story behind Pareshaan (your first Bollywood break)?

I had a demo made with two English songs as audition material for applying to the LA Music Academy. A week after applying to the school, I was urged by my friend Anjo John to send some demo of my singing to Amit Trivedi, as he was looking for a fresh voice. Reluctantly, I sent my two English demos, thinking nothing will come of it. There you have it – two hours after I sent my demos to Amit Trivedi, I got a phone call from his studio. Another two hours, and I was singing dummy lines of Pareshaan in his studio. The day after that, we began recording Pareshaan.

You’ve sung in multiple languages – which do you find the hardest?

You’ve presented your fans with some of the best songs (highest grossing numbers) in the music industry of India. And now you’ve just sung for Jab Harry Met Sejal – Please share with us your growth story.

I’ve been very fortunate with the kind of numbers I’ve gotten to sing in Bollywood so far. I started with a romantic ballad like Pareshaan then moving on to a mid tempo Daru Desi after which came Aga Bai, Lat Lag Gayi, Balam Pichkari, Baby Ko Bass and now Beech Beech Mein. I feel blessed to have enjoyed a bite at most genres which I would’ve anyway otherwise loved to experiment with. These songs were composed by the likes of Amit Trivedi, Pritam and Vishal Shekhar which are by default fantastic compositions and arrangements.

Which among your songs is/are your favourite/s?

Pareshaan will always be my number one, but I’m definitely feeling very inclined to say Beech Beech Mein now, since it is exactly the kind of song that brings my innate personality to the forefront.

You’d won several awards for Pareshaan, do you believe Beech Beech Mein from Jab Harry Met Sejal will garner you some more awards?

I’ve never gauged the success of a song by the awards it receives. If Beech Beech Mein does well during the award season that’s a cherry on the cake. But the cake in itself is delicious enough, if you know what I mean! (wink)

Who would you like to sing with in the Indian music industry?

I’d love to sing a song with Ash King! I love his singing, his tone and him.

Which actors would you love to do a playback for?

Whichever actor my voice is best suited for. I’ve never longed to sing for a particular actor.

I once wanted to go on a long drive with my older friends to Lonavala. This was when I was 13. My friends were 21 and over. I knew I’d have a hard time convincing my parents that I should be allowed to go. So I wrote my father a long letter explaining why it’s ok for me to go. The morning after I gave him the letter, my father gave me a firm handshake and said – Go!  I was so amused back then that my letter had worked!

My parents and I have had a very practical relationship. Anything that can be explained with logic and reason goes. 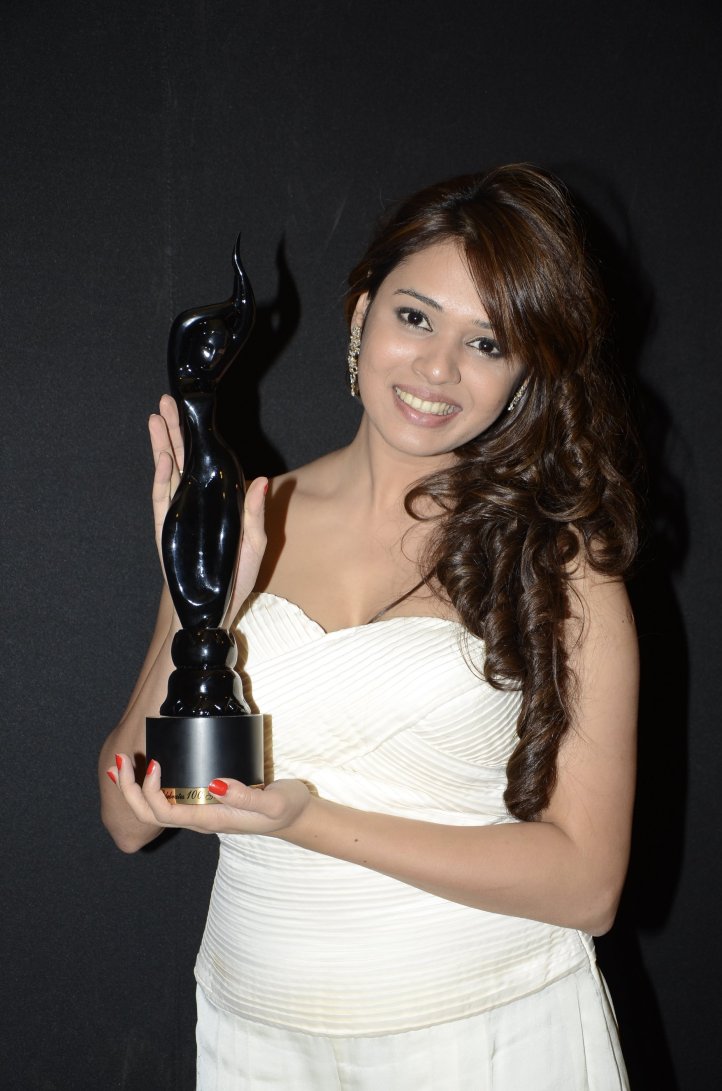 What/who inspires you to keep singing?

In all honesty, my light bulb moment in junior college at a solo singing competition showed me the path to my future. I sang Desperado by The Eagles and as I ended the song, I felt an unusually beautiful feeling of completeness. I feel in a way, that my life’s musician mission is to experience that moment again.

Amy Winehouse and Beyonce are my lifelong inspirations as far as people are concerned. Amy Winehouse for the honest song writing and her fearless expression and Beyonce for the singer and performer that she is.

Who are your fashion icons?

Rihanna and Beyonce are the ones I look up to as far as making a statement is concerned. I’m a proud owner of Rihanna’s Puma stiletto under the brand Fenti. I wore it for the first time at the launch of Beech Beech Mein!

Your thoughts on fashion:

Whether you’re a professional who uses fashion as a tool to further his / her career, or not, I think recognising your comfort fashion gives an individual character and confidence. Looking good amounts to feeling good. So maybe a little vanity in that respect is good!

The 27-year-old playback singer’s idea of an ideal weekend would be when her mind is at rest, so that even if “I’m plopped on my recliner watching movies or in the hills, I’m just as happy.” Even though she has won a Filmfare Award for her song and has been doing awesomely good, she gives herself a mere 7/10, clearing room for improvement.