Nostalgia at 1911 Brasserie at The Imperial orchestrated the launch of Piano club on Steinway back in 2014 to initiate extravagant live concerts with unique artists, promoting the live music heritage of the hotel. This year, in association with Hungarian Information and Cultural Centre, Nostalgia had Zoltan Fejervari, to perform and mesmerise music aficionados in the Capital. Speaking on the occasion Vijay Wanchoo, Sr Executive Vice President and GM said, “It gives us great pleasure to celebrate yet another eclectic sojourn in Western classical music, at the Piano Club. We have always worked towards promoting art and culture at The Imperial and these luxury piano recitals are designed to wield magic and make one experience exclusive repertoires, by award winning pianists.”

Winner of the 2017 Concours Musical International de Montreal for piano, Zoltan Fejervari, opened up in a conversation with me about his musical journey and his performances in India. Excerpts from an interview: 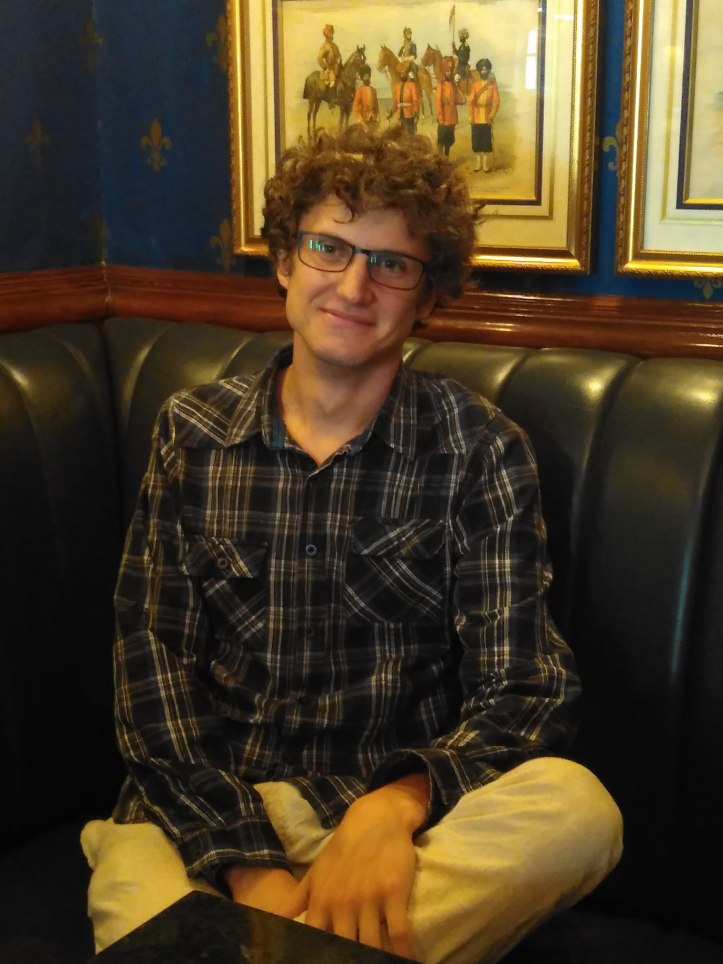 “I officially started playing the piano at eight. But since both my parents are classical musicians (mother is a violinist, father is a violist) I had been actually playing since I was four,” said Zoltan. When asked how he planned to utilise the Borletti Buitoni Trust Award, which he received last year, he said, “I have already spent a major amount of the budget. Their goal is to help develop your career, so it is also a common decision with them. We concluded on making a website with the prize money. I’m spending the rest of the money for a very nice and old Steinway model C piano which I’m purchasing from New York. It’s going to be my practice piano, so I’m very happy.”

Who would be his favourite musicians? “I’m not sure I can actually answer that, firstly because it’s very flexible and secondly I could actually make a never ending list of musicians, and I would say all the composures of the last five centuries. But if I start telling names I might miss out some, so I’d rather not,” laughed the charming 30-year-old.

Sharing his thoughts on his maiden visit to India, Zoltan expressed, “Well, it is a huge country, but certainly, I have never been in a country which is so significantly different from where I come from. It is really refreshing and amazing. From the first moment I got into the car, everything is so different. I tried some Indian traditional sea food in Pune, although I skipped the very spicy ones as I was recommended, but otherwise the things I tried so far were really delicious.”

Regarding his performance at The Imperial, he said, “I certainly look forward to playing here. A concert is never really different. Somehow, once you get into the point of playing you feel at home…”

Is he into composing music as well? “I don’t compose, although I studied composition in Budapest, and I had a couple of compositions. But I always knew the talent and patience of writing was missing in me, so I don’t write my music but I rather improvise very often on the existing ones,” said the humble artiste.

Speaking about his hobbies, Zoltan said, “I like hiking; I’m very much fond of nature. Reading is also a big passion, if I wasn’t a musician I would be doing something with literature, maybe not writing but something else definitely. I really love novels and poetry.” 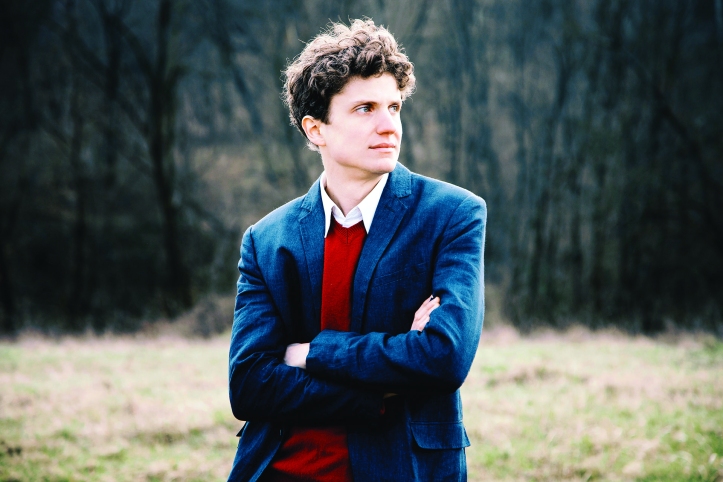 “There’s another hobby which I’d like to refresh — fishing,” his eyes brightened up . “I used to love fishing; even if I catch a fish, I’d probably just throw it back and not carry it home.” Not being familiar with the thrill of the hobby, we Indians might wonder what’s so great about fishing? Isn’t it boring? “I know it’s not an adrenalin activity, but it’s all about how you prepare for it. It’s very much about the unknown and the unexpected, because the water is like a world of fantasy, as you don’t know what’s there underneath. It opens your mind to fantasy in an exciting way,” Fejervari cleared the air.

Talking about some of his experiences while performing at concerts, Zoltan shared some insights and fun moments. “You’re never safe in a concert in many aspects. For example, many concerts are planned much in advance and it’s all decided who will play which piece. But then something happens, and someone has to cancel out, or somebody breaks a finger, or you have to change the programme, so you always have to be prepared for such situations. Like it happened two days ago, I was going to play with an excellent cellist, Istvan Vardai, who had an unfortunate ticket issue and he couldn’t make it, so I played a solo programme which I had to pick up in a day! It was interesting, I like those unexpected events, it makes you flexible.” 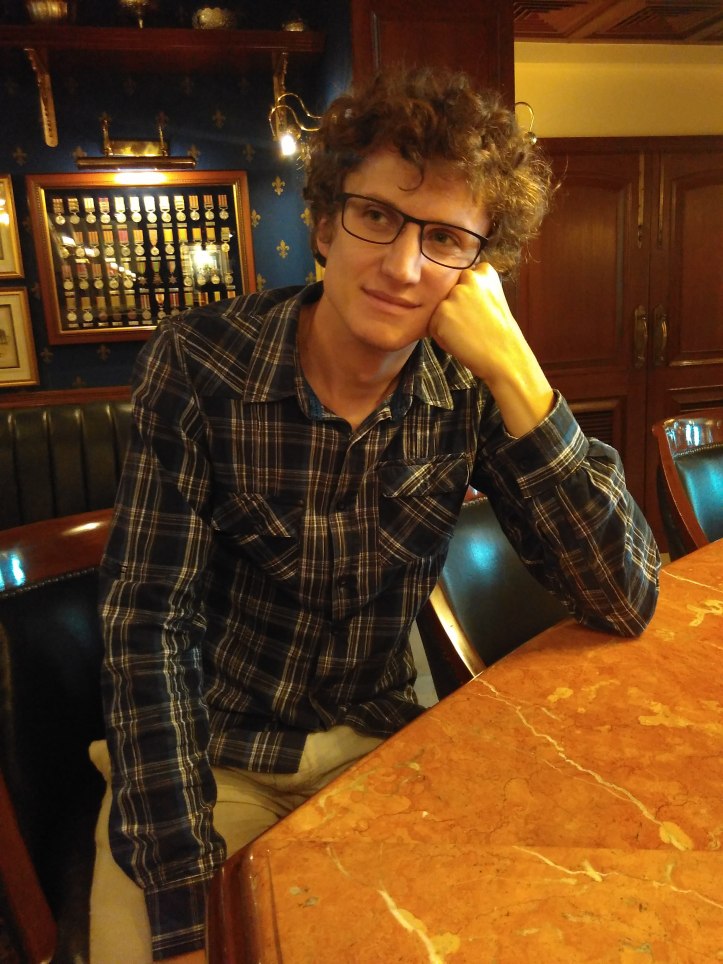 “There was this one time, I was playing in south of Spain for people who had probably not attended a concert, and they were talking during the programme; it was a mess. There was a time when someone broke a chair and yelled during the performance, which was a little scary, but you have to go on. You fingers have this basic instinct, you don’t stop playing unless the place is bombed or something. I was thinking what might have happened, was it a heart attack?” laughed Fejervari, who loves to hike and read during leisure.

Fejervari had been chosen by distinguished pianist Andras Schiff for his ‘Building Bridges’ concert series for the 2017-18 season. Explaining the honour Zoltan said, “It is not really collaboration, but rather a very generous help from him. He has a project called ‘Building Bridges’, which is provided for three pianist every season who he chooses form the young generation and helps them to be heard throughout Europe. So, this season we’re performing in places like Berlin, Brussels, and Zurich.”

He chose to play the melodious Beethoven Sonata 53 ‘Waldstein’, and a dance piece by Zoltan Kodaly, one of Hungary’s most important composers, titled ‘Dances of Marosszek’, for his audience on his debut performance in the city.

There's a different kind of joy, in calling something your own and presenting it to the world with pride. Here's one of my favourite clutches handmade under my brand @the.crochetier
When will I ever learn to pose?! 😶
Ashtami done right... Thanks @drisha.roy.7 @madhabimanjari for the pics 🥰🤗
☺️☺️
Apparently, I koochie-coo my food 😋👻
Subho mahasashti 😃
Fancy some architectural awesomeness? This doorway at Adina mosque is just a glimpse of the sculptural beauty across the monument site. Built in the 14th century by Sikandar Shah, Adina mosque is said to have used material from Hindu and Buddhist temples of the era that the Nawabs of Bengal had plundered. One can find sculptures resembling temples here. There's a sculpture of Ganesh on one of the walls which unfortunately I could not locate during my visit.
Social distancing please 🙏
Chilling by the pool 🥰
#throwbackpic ❤️
Queen vibes 💐
Luchi aloo dum 😇
Loading Comments...
%d bloggers like this: