Home to the Portuguese for four centuries until 1961, Daman and Diu, India’s second smallest union territory still bears a strong essence of the bygone Portuguese era with its architectural marvels replicating European heritage.

With sunny beaches, colonial forts and churches, Daman serves paradise on a platter for those in search of tranquillity. The white sand beaches, one of the most striking features of Daman and Diu, are best recognised for their exciting water sports. Daman and Diu’s serene aura, favourable climate, scenic landscapes and pristine cleanliness has encouraged tourism even across international boundaries.

This union territory makes for an ideal beach retreat, offering a fine concoction of adventure sports, Portuguese architecture, an old world feel, and a laid-back sunbathing experience. Daman and Diu with its vast open beaches and pleasant weather all-round the year is a must addition to your travel list if you are looking for quiet solitude and beauty amass. The rich cultural heritage of the land complements the tranquillity with lively festive days and bustling nightlife, another reason for tourists to rush to Daman and Diu. 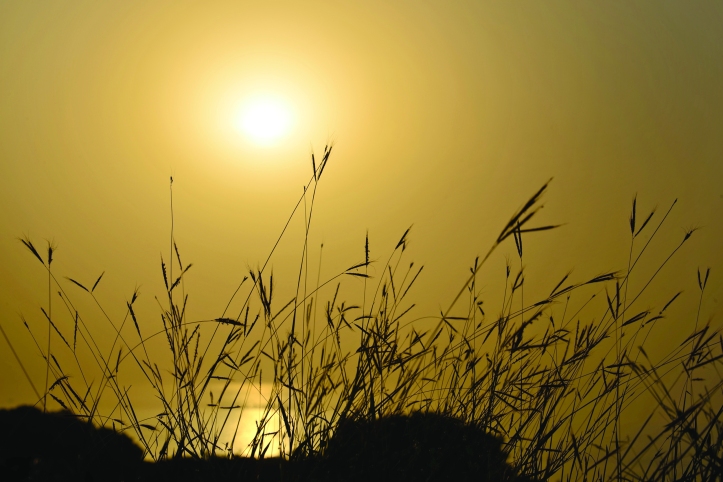 Daman is a city of twin forts, built on the opposite banks of Daman Ganga River, at the confluence where the river merges with the Arabian Sea. Moti Daman Fort in Daman dates back to 1559 AD. The Fort sprawls across an area of about 30,000 square meters and features ten bastions and two imposing gateways, with a deep trench to shield the fort against any attack. Known as a popular tourist attraction of Daman, the place is characterised by its dream-like ambience. A remarkable and unique aspect of the polygonal structure of the fort is the projections that jut out at regular intervals. Another interesting feature is the flight of steps that connect the terraces to the inner ground surface. Within the confines of the Moti Daman Fort are located the Secretariat and other important official buildings. The churches there are also a sought-after attraction. One of the must-visits is St Cathedral whose origin can be traced back to the 17th century. At the Church of Our Lady of the Rosary, one would stumble upon ancient Portuguese tombstones and marvel at the altar made up of an exquisitely carved gold-painted wood. The view across the river overlooking the Nani Daman from the bulwarks near the lighthouse is breathtaking.

The Nani Daman Fort stretches across an area of 12,250 sq meters, featuring three bastions and two gateways, despite being a small fort. It is said that the most attractive and enthralling part of this fort is the gigantic gateway facing the river with a huge statue of St Jerome and two magnanimous human figures. The fort has elegantly laid out high stone walls. One would also come across the impressive church of Our Lady of the Sea which is the principal building in the premises of the Fort and boasts of refined panelling.

After sightseeing the wonderful Nani Daman Fort you can also visit the nearby attractions of the region. The major highlight has been the Gandhi Park near the Nani Daman jetty. An 18th-century Jain temple is situated in the northern region of Nani Daman Fort and is dedicated to Mahavir Swami. Built with white marble, the temple has intricate carvings on its walls. An elegant glass cover with 18th-century murals represents the life of Mahavir Swami.

Located just outside the Diu Fort, the Naida caves are a complex network of tunnels and huge step-like structures. It is believed that when the Portuguese ruled over Diu, they broke down parts of a huge rock formation to use for construction, causing the caves to eventually acquire their present shape. But, studies also suggest that the caves were formed due to geological irregularities over a significant period of time. The locals say that, when the Portuguese were adamant about not leaving Diu, back in the 20th century, operation Vijay was launched to seize control by the Indian Army. During the operation, several soldiers were stationed at the Naida caves. An opening that allows sunlight into caves makes the sight even more enthralling and photogenic.

Nadia caves in Diu offer the much-sought-after quietude to tourists from across the world. Marked with distinct features and having something unique to offer to tourists, every fort in Daman is a traveller’s delight. With a predominant dash of Portuguese colonial charm, the monuments in Daman are graced with invaluable architectural patterns.

One of the most attractive spots in Diu is the Ghoghla beach. Located in the north of Diu, Ghogla is one of the least explored places in the territory and the largest beach in Diu. It is meant for tourists who prefer to stay aloof and away from the disharmony of the town. With standard restaurants around the place and engaging water sports, this beach stands complete with fewer tourists and a resultant clean beach. Situated 15 km away from the town, it is a beautiful holiday spot for families. Watching the sun rise and set on the beach is a marvellous sight that tourists relish time and again.

This palm-fringed beach in Diu would surely take one away to a fairytale land of sheer beauty and exotic ambience. Among many other beaches around Diu Island, Jallandhar is quite famous for its serene beauty. Located in the south-eastern part of Diu, Jallandhar derived its name from a mythological demon who was said to have been killed by Lord Krishna.

A 20-minute drive from Diu, Nagoa is a horse-shoe shaped beach in Diu with calm waters ideal for swimming. Tourists can also enjoy other activities like sailing, boating, and water skiing. The not so adventurous tourists can choose to laze in the sea beach enjoying the balmy breeze and the sight of swaying palm trees. This beach also has ‘hoka’ and ‘rukhada’ trees, which by origin are African and were introduced to India by Arabian traders, long ago.

With well-connected roads, Daman and Diu is 12 km from Vapi, 125 km from Surat, and 150 km from Mumbai. Vapi railway station is the closest railway station to Daman, connecting to all major cities in India. There are commercial air services available at the Diu Airport.

Since the territory is bordered by Gujarat, the local cuisine reflects strong resemblances to Gujarati flavours. Delicacies like Khamam dhokla, Paunk, Kadhi, Ghooghra, Shrikhand, Doodh pak are available at large here for foodies to indulge in.